It is the role of councils building inspectors, or BCO’s, to ensure that new loft conversions meet the criteria specified in the building regulations.

They will usually get involved in the project when the building regs application has been submitted by the householder.

It is often the case that they will ask for further information before the application is given the green light.

All BCO’s are different and will have their own way of working and some may require more information than others but their pre-build checking procedures can often pick up things that have been missed by the applicant.

An application for building regulations approval seldom goes through without the BCO requesting clarification of some details or further information but this is perfectly normal and usually doesn’t hold up the approval process for too long. 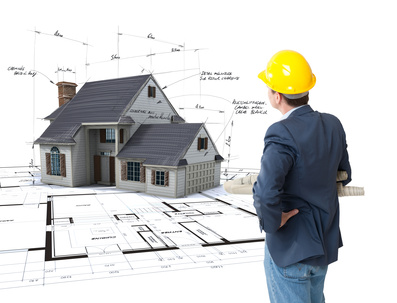 Once approval has been given for the loft conversion to go ahead the householder must give the BCO 48 hours notice of his intention to start work and also pay an inspection fee.

Once this has been done the building control officers will begin a series of on-site inspections.

The building regulations dictate that the local building control officers must make regular site inspections to ensure that minimum standards are being met during key stages of the building process.

What is often overlooked is that the building control officer needs to be notified so he can make visits.

Although spot checks can take place it is up to the builder to contact the BCO and invite him to inspect the work.

Once the invitation has been made the builder must leave any work to be inspected easily accessible. As a note of caution the BCO does have the power to make the builder take down any work that obstructs his access.

The builder must issue a formal invitation to the building control officer to make a site inspection at certain key moments during the build.

*The beginning of the project

*When new flooring joists or beams are installed

*Installation of insulation to roofs and walls

*When the stairs are put in place

*The installation of the fire doors, escape routes and smoke alarms

*When the project is complete and ready to be signed off

The building regulations state that the builder must request a visit by the BCO in writing with one days notice being the norm though two days notice is required for the start and completion site inspections. 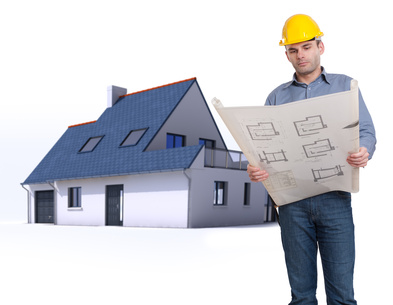 Sometimes more inspections will be held in addition to those noted above and these occasions could include; if the party wall is extended, any other structural alterations including dormers; electrical work and plumbing fixes.

Of all the site inspections probably the most important is the last one. The reason for this is the building control officer will not issue the completion certificate until he has held a final inspection.

Having a completion certificate is hugely important as it is confirmation that the loft conversion has been carried out according to the building regulations and will have to be produced if the property is sold at any point in the future.

If, during his inspection, the BCO finds work that isn‘t in line with the building regulations or wasn’t included in the plans then he can order the work to be torn down and rebuilt.

The householder does have a right of appeal but that can be a lengthy and expensive process so it is vital that all building work is carried out correctly.

If the problem uncovered by the inspection is a small one than it is possible that the BCO will be open to a compromise solution though he is under no obligation to do so.

Your local council and its building control office are not your only option when it comes to choosign an inspector. By using an approved independent inspector for the work on your loft conversion you will avoid having to deal directly with the local council.

The independent inspector will work with you in making an initial notice to the local council regarding the building work you intend to do on your property.

The local council will accept this notice and by doing they hand over the responsibility for checking your plans and making site inspections over to your own inspector.

What Does The Independent Building Regulations Inspector Do?

He basically takes over the role of the councils building control officers by advising you on how to meet the building regulations or planning permission and by approving your plans.

He will also make ongoing inspections whilst the work is in progress.

If the inspector isn’t happy with the work whilst it is in progress, and you are unable to come to an agreement with what needs to be done, he will withdraw the initial notice you previously submitted to the council.

He will then walk away and the council will take over.

They will then most likely ask for your full plans and may inspect your work to say if it complies with their interpretation of the building regulations.

If this happens keep your cheque book handy. The council may hit you with a ‘reversion charge’.

If work progresses without recourse to the council a final certificate will only be issued by your inspector when he is satisfied the work complies with the building regulations.

If he doesn’t feel that he can issue a certificate, and you refuse to carry out any additional work, he will inform the local authorities who may then decide to take enforcement action against you.

I Thought This Bloke Was Supposed To Be On My Side?

Yes, you employed him (and yes you do have to pay him), but he is an independent inspector. He will enforce the building regulations.

Using an independent building control inspector for your loft conversion is not a sneaky way to blindside the council and get around the regulations.

In using an independent inspector you still have the right to appeal for ‘determination’ to the Deputy Prime Ministers Office or to ask for a relaxation of the building regulations.

How To Obtain Retrospective Approval

The Difference Between the Building Regs And Planning Permission

The Low Down On Planning Permission