You are here:
Home Page > The Roof > Loft Roof Elements

Internal roof elements to consider during loft conversions consist of a number of sub-structures such as ridge boards, rafters, purlins, joists, wall plates and steel beams.

In the roof space, as the name suggests, the ridge board is the length of timber which runs horizontally along the apex of the roof. The ridge board is usually 25mm wide and is fixed to the heads of the rafters.

There are different rafters used in the construction of a loft roof frame but the common rafters are those timber members which form the main framework of the structure.

Fixed from the ridge board to the wallplates the role of the rafters is to support the material covering the roof. 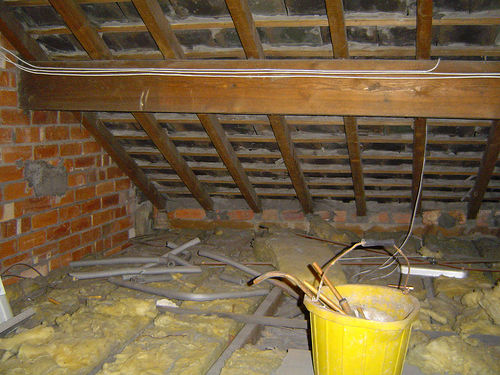 Other rafters used in the loft roof structures are:

Jack rafters - the two short ‘v’ shaped rafters which run from the ridge board to the valley rafter.

Hip rafter – in a hip roof these are fixed to the jack rafters.

– only found in hipped roofs in which it forms the centre joint between jack rafters.

In a rafter and purlin loft roof the purlins provide the most tangible support to the roof and are the largest and strongest timbers in the structure.

Purlins are fixed horizontally below the rafters which are nailed directly to them. A single purlin running the full length of the structure is usually sufficient to provide support in most roofs.

The usual method of supporting a purlin is by using a pair of timber struts sited opposite each other at a ninety degree angle to the common rafters. It is also possible to support purlins by a truss rafter and, occasionally, by being built into a masonry wall or gable. 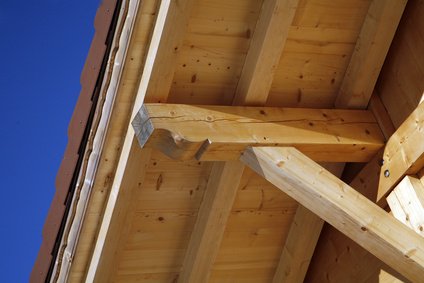 However, this option can rarely be used safely and the best method is always to butt the purlin against the wall, rather than embedding it, with struts taking the load.

In many loft roof conversion projects it is necessary to move the purlin away from its original position. It is usual to find the purlin located roughly halfway up the roof slope and leaving it there would pose problems when installing the stairs.

If the purlin was left in place there would be insufficient headroom for the installation of the stairs and, critically, there may not be enough room to install a window.

Because the purlin supports the roof slope removing it, even temporarily whilst it was repositioned, could cause structural problems. Because of this the loft roof slope must always be supported before the original purlin is removed.

The best way of approaching this is to install the new purlin before removing the old.

When a purlin is replaced it is usually by a ‘purling wall’. This arrangement sees the purlin itself being positioned lower down the roof slope, i.e., closer to the eaves, supported by vertical timber struts.

The vertical struts themselves are fixed to a plate joined to the new floor joists and are also bolted to the existing rafters.

This not only increases the internal area available for the loft conversion but also ensures a strong support which allows the original purlin to be removed without causing any structural problems.

The position of the new purlin wall needs to be calculated by a structural engineer who will take into consideration the span, strength and spacing of the existing rafters as well as the load bearing specifications of the floor and /or steel beam. 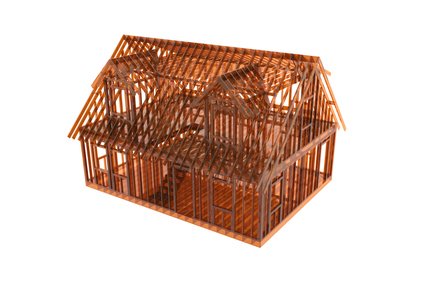 Trimming is the term used when extra lengths of timber are used to strength potential weak points around the head of the stairwell and window openings.

For a new aperture the existing rafters need to be cut, or trimmed, to create the opening with horizontal trimmer plates being placed at the top and bottom of the window to support the window frame.

To provide strength trimming rafters then run the length of the roof slope and can be single, double or even trebled trimmed with the lengths of timber butt joined to the original rafter.

Made from timber the wall plates run the length of the lower slope of the loft roof with the common rafters and ceiling joists being fixed to the top of the wall plates.

The joists themselves provide support for the ceiling and also ties the two loft roof slopes to stop the structure from buckling or spreading.

With a dormer construction or were there are major alterations to the external walls it will be necessary to install a steel beam.

Beams in loft conversions travel horizontally below the ridge board and between the two end gables of the conversion.

There is some degree of choice in exactly where the beam is located in the apex of the roof though the difference is minimal, although there is sometimes the option to offset the beam directly below the slope of the roof.

The beam serves two purposes in that it supports the rafters and will also support the flat roof joists of the dormer.

Installing the beam is vitally important to the loft conversion and will be installed with the builders possibly employing a crane to position the beam.

All About The Strengthening Beams You Need For A Conversion

Converting A Property With A Trussed Loft Roof

A Traditional Rafter And Purlin Roof Is Ideal For Conversion